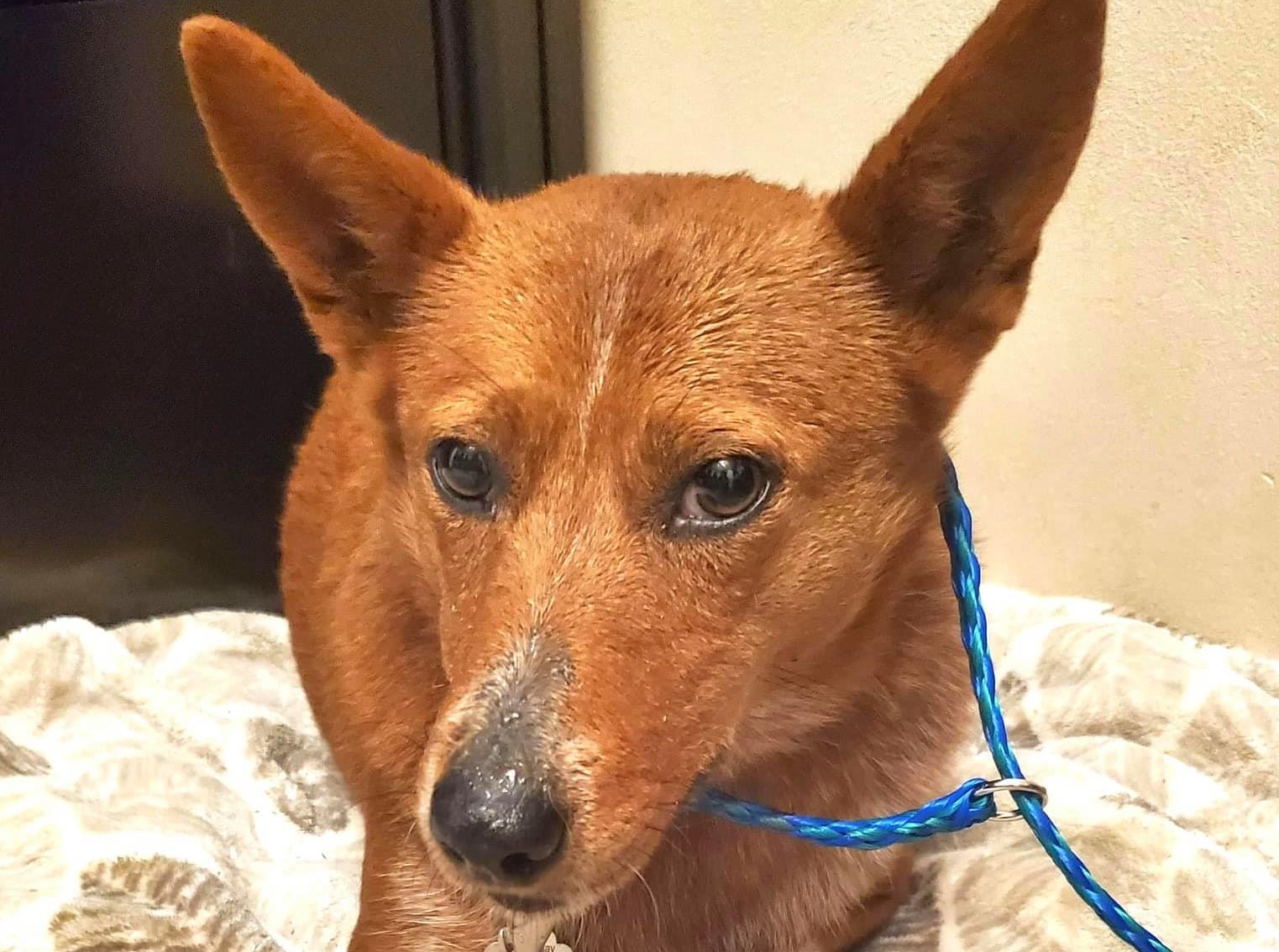 (Reunited) Abby escaped from a dog walker in the Fremont neighborhood of Seattle November 11, 2019. Her owner was only in Seattle a year for internship and had moved out of state. We kept in contact with the owner and UBS volunteers continued to respond to leads. There were numerous sightings of her 7 miles north beginning two days after she went missing, including several reports of her running on the freeway in July.

November 2, 2020, a photo was shared to Lost Dogs of King County of a stray. Dina and Lily identified the dog as Abby. Volunteers moved quickly to set a trap and Abby was finally caught! She survived on her own for 9 days short of one year! Abby was scanned and confirmed via chip registration. Abby was taken to Terri’s and slept in a warm home for the first time in nearly a year.

Her dad drove up from Oregon that weekend for a very emotional reunion. Wearing her new GPS collar, Abby traveled back to Oregon with her dad and was snuggling with her new sibling days later.