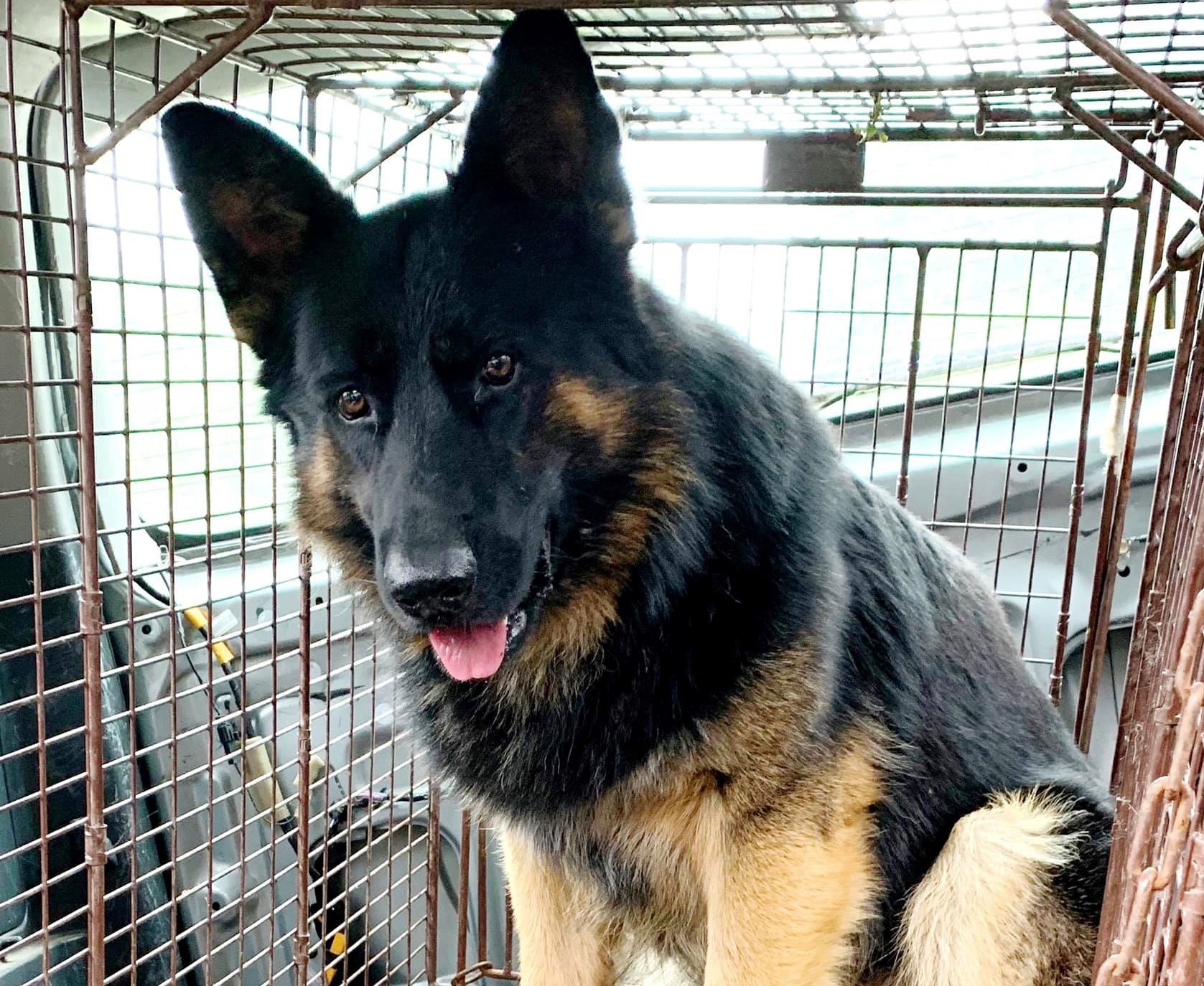 (Adopted) Whenever I go out looking for a lost dog, I always think, what if this was my dog that was lost. Today, I went out to catch a stray dog that looked a lot like Tino. When I saw him, I wanted to hug and kiss him, like I would Tino, but I refrained because I knew he wouldn’t necessarily appreciate that from a stranger.

I took Fozzie with me, in hopes that he would work as a magnet dog. It took us an hour to get the location, another hour to get there, and then an hour of looking before we found him. Once I saw him, and he didn’t run too far away, I knew I could get him. I let him see me put a few pieces of hotdog down, and then I walked away and sat down on the grass. I ignored him, and fed hotdog bites to Fozzie. Once he got a taste of hotdogs, he moved closer. I tossed a few pieces to him, and I drew him in fairly fast. Within ten minutes of first seeing him, he was eating out of my hand. He would put his face about a few inches away from my face, which really reminded me of Tino. If I ever moved to put the leash on him, he backed away. Eventually, he ate all the hotdogs I had, so I called for backup.

I had the large trap, but he was a third of a mile from the road, so it would be difficult to haul the big trap that far by myself. Lily and Bill brought roasted chicken and a dolly to move the trap. We got the trap set, and the dog, I called him Moose, wasn’t anywhere around. Lily said she had to go, after about half an hour, and as soon as she started to leave, Moose showed up. I sat on the grass with Fozzie, about thirty feet away, and Lily and Bill moved away and blocked pedestrians from approaching. It only took about five minutes for Moose to discover the chicken and go in the trap. Once caught, he was very calm in the trap.

We loaded him in the car, and I opened the trap door to try to get him to come to me. He would still eat out of my hand, but he wouldn’t move close enough so I could scan him. I had to take him to the shelter so we could get him out of the trap and get him scanned. He didn’t have a chip. He didn’t want to get out of the trap, and it took four people to move him to the kennels, using a catch pole, a slip lead, and a towel under his mid section. It made me very sad to see him resisting so much when everyone there was trying to help him. We finally got him settled in his kennel and he seemed relieved to just sit and be left alone for a bit. I hope his people go looking for him. He is being shared all over social media. Of course, I would love to take him home, but neither my dogs nor Moose would be happy about that, I’m sure. I was so sad to leave him in the shelter. I’m happy that he isn’t running loose any more, but I sure hope his family comes looking soon.

I named him Moose because he was running loose near Soos Creek. He didn’t seem amused, but the name Moose seems to fit him anyway.