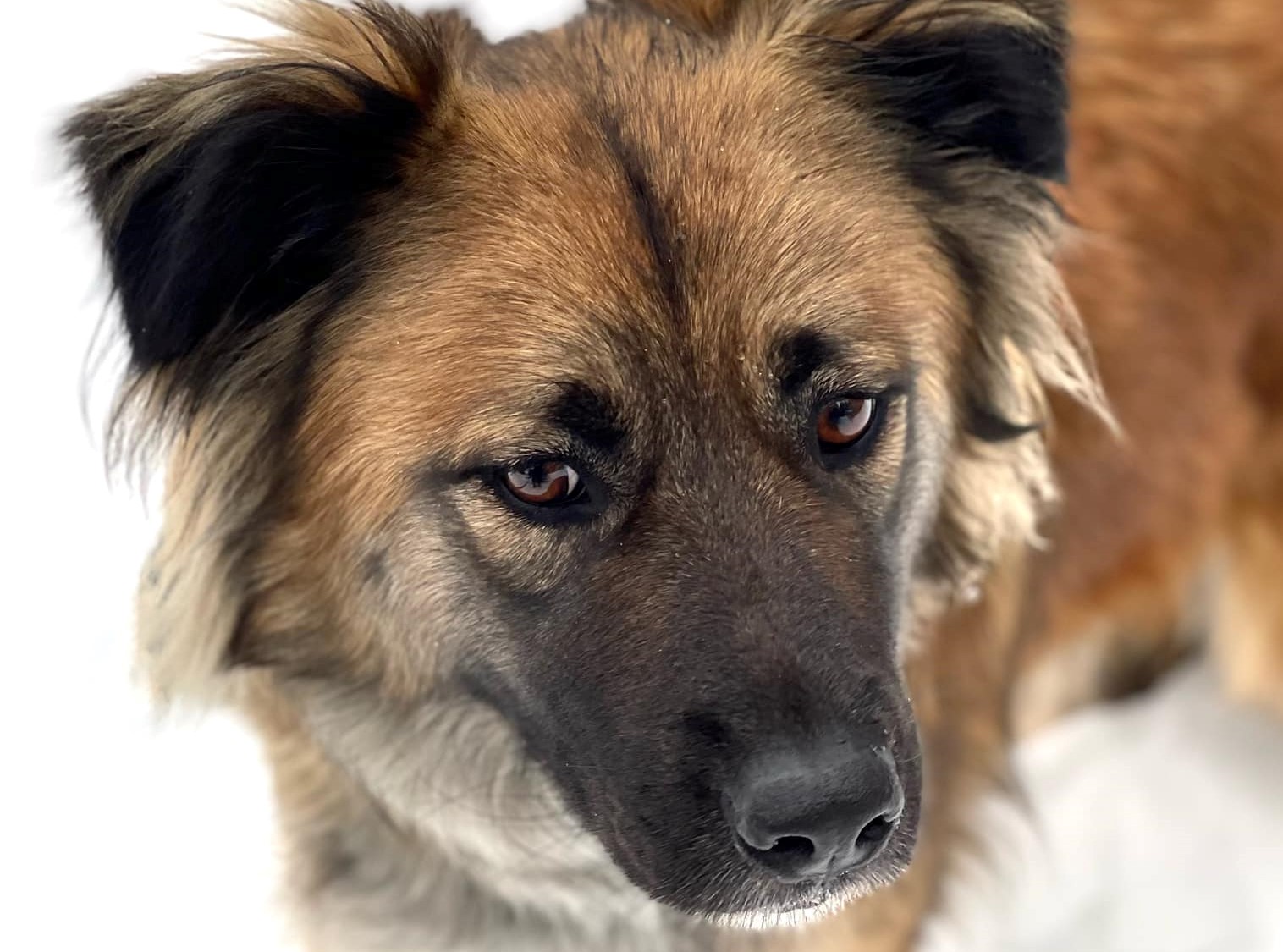 (Adopted) New Years Eve 2021, we were alerted by a member on Lost Dogs of King County about a scared dog alone in the snow near the downtown Renton library. Several people had tried to help but were not able to get close. They called Renton animal control, but they were closed for the holiday.

A UBS volunteer drove out and was able to find her near the same location she was reported seen. A trap was set, and Cinder went in after only 30 minutes. The trap was loaded with her in it into the warm car. She was scanned and no chip found. She stayed with a foster for a couple of months while UBS searched for her owner, and has since been adopted.