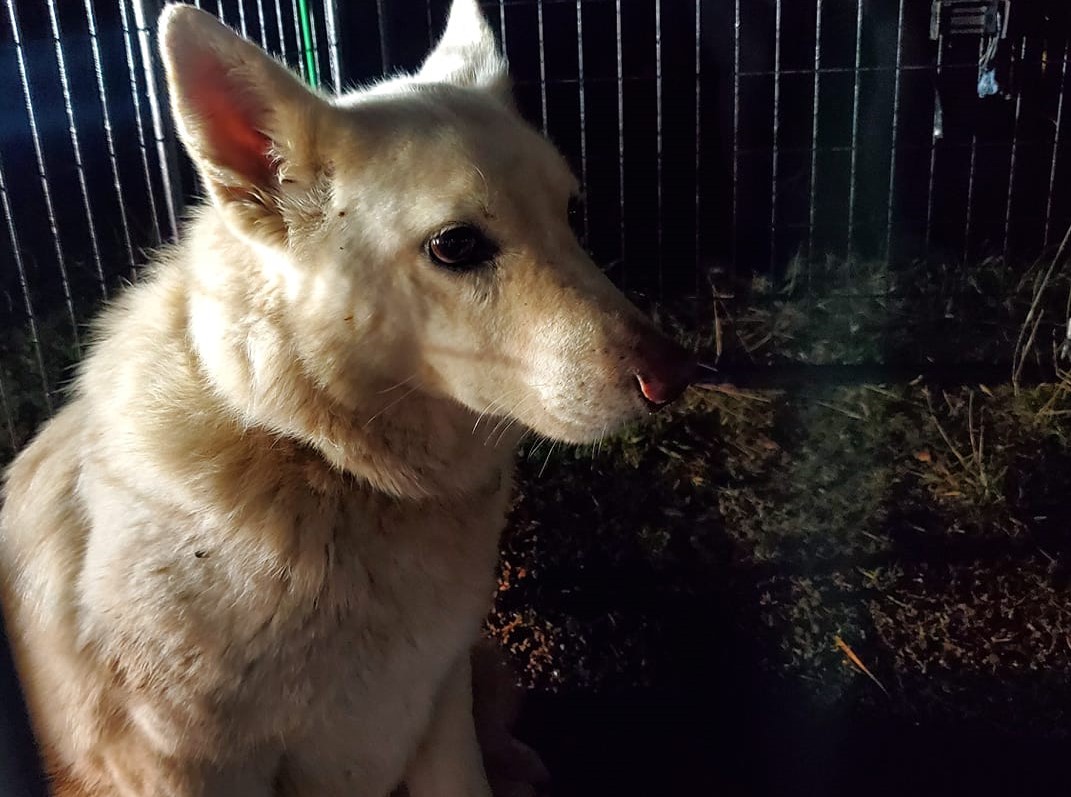 (Available for Adoption) Gracie escaped from her new home near Birch Bay on May 12, 2020, the day after she was adopted. There was little activity with her search. UBS was made aware of Gracie when a resident asked for our help December 5th, after Gracie was reported seen in a nearby neighborhood.

We soon discovered that a neighbor had been feeding Gracie dinner nightly for three months. She would set dinner out while Gracie hid in the field across the road, afraid to come near if anyone was outside. Animal control had set a trap a couple of times without success. At this point, the owner was no longer looking for her or communicating with those trying to help.

At the time UBS was contacted, Gracie had not been seen for a week, so we needed to wait to see if she would return. Several days later she came for dinner again. Coordinating with the homeowner, UBS volunteers drove up to Birch Bay with a big kennel trap (10′ x 5′ x 6′). The trap was initially set-up so the door remained open. The homeowner set the food further into the trap each day, so Gracie would gradually come all the way in.

It worked, so UBS volunteers drove up again five days later to set the trap so it would be triggered to close when Gracie was safely all the way inside. Gracie showed up for dinner again that night and after more than seven months, she was finally safe.

Gracie’s new owner surrendered her to UBS, where she is currently being fostered and given the time and care to decompress and learn to trust humans again in a safe, loving environment.