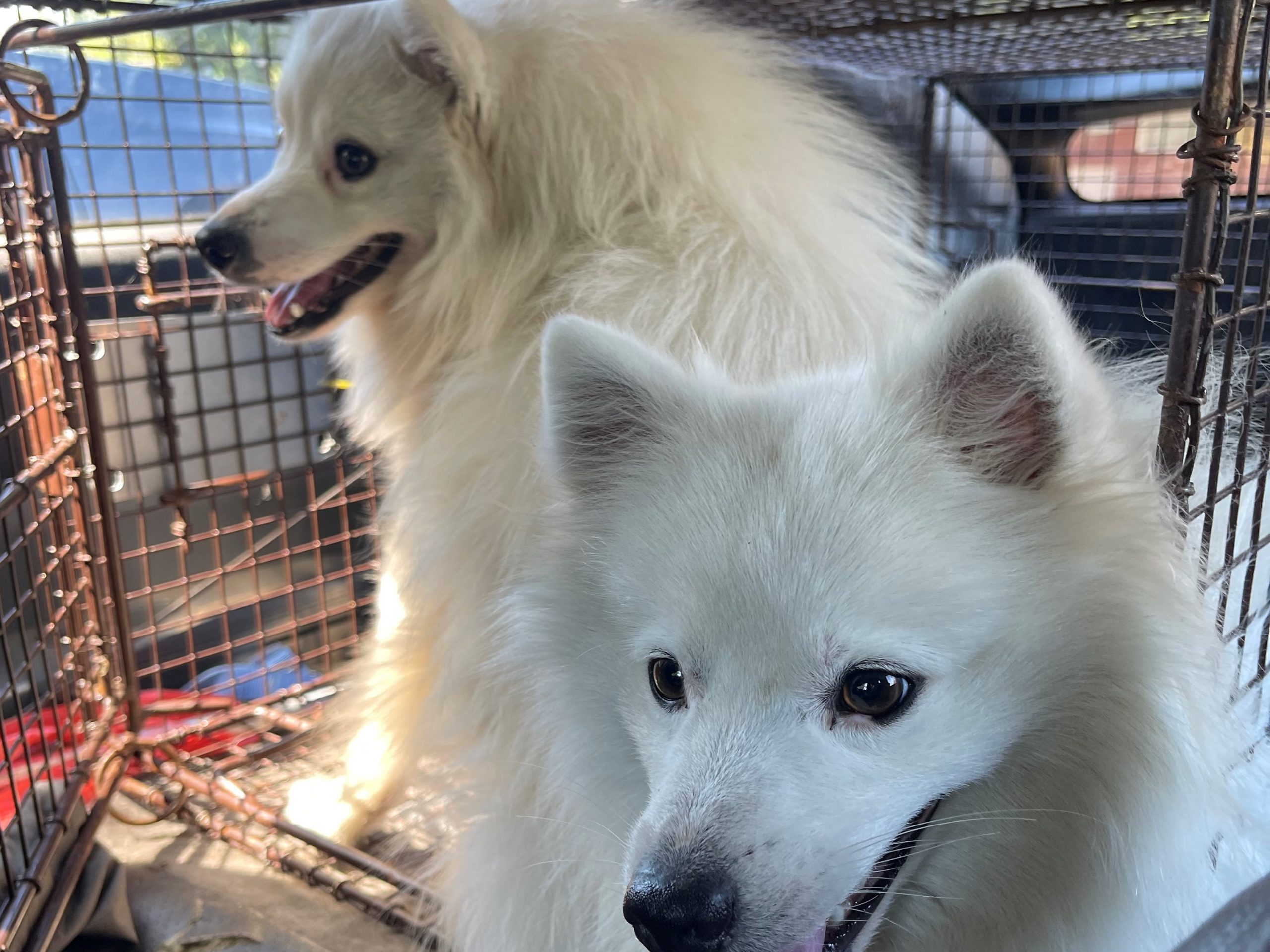 (Adopted) These two American Eskimo boys were running around a neighborhood near I-5 in Kent for at least a week. Many neighbors had tried to catch them unsuccessfully. We set two traps side-by-side and caught both. They were taken to the King County shelter, where they were adopted out together after their stray hold.