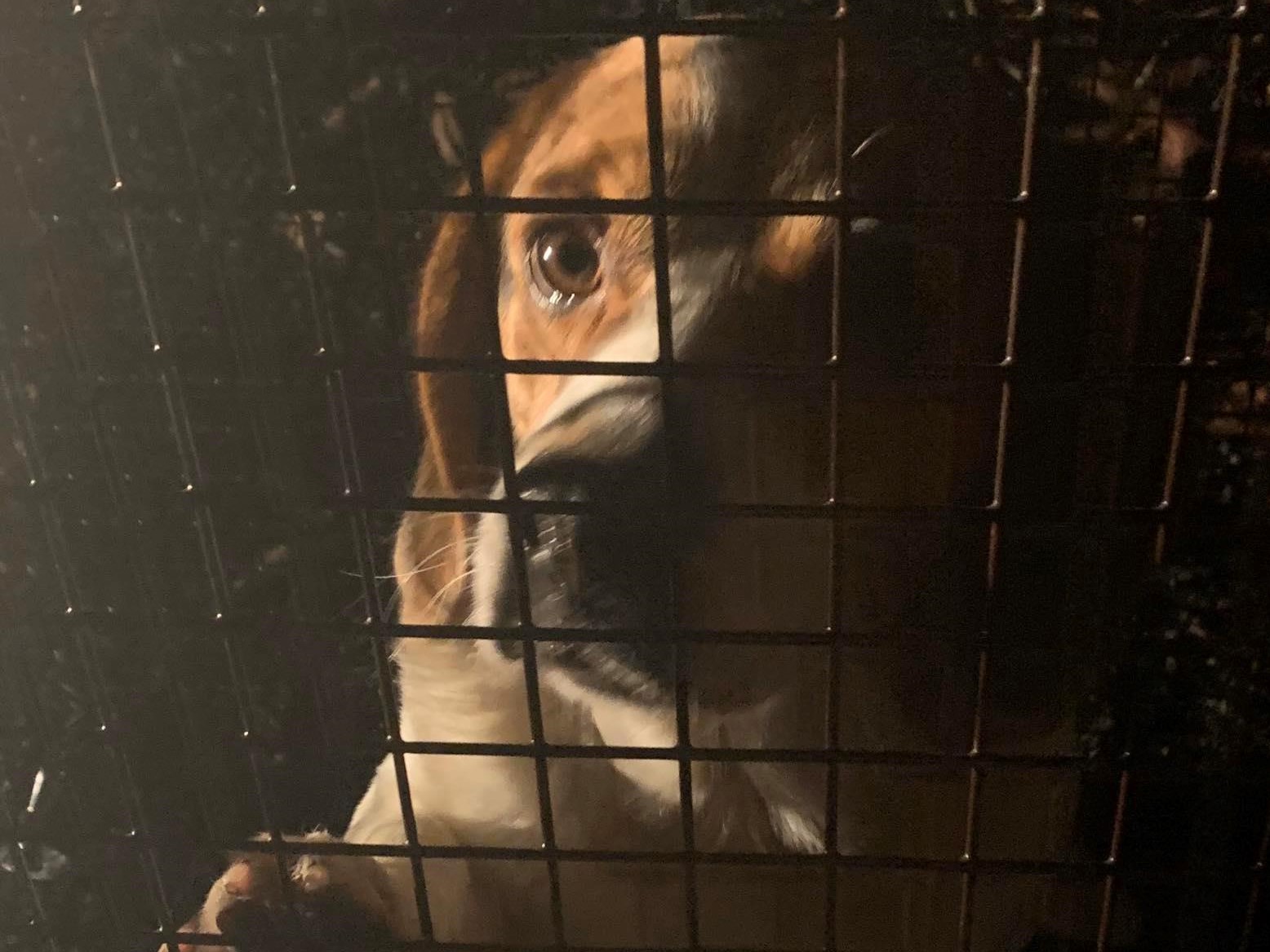 (Adopted) I saw the beagle in the dark, down a driveway, out of the corner of my eye, and I pretended not to notice him. The hardest part of our job is to ignore a lost dog, but we know from experience that making eye contact or moving toward a stray is almost always going to make them run. This beagle, Gunner the Runner, had been on the run for three weeks, and he had covered an area of fifteen square miles near Maple Valley and Ravensdale. UBS volunteers had been trying to track him down for four days. We had traps set in two locations. He was close to one of our traps, so I just ignored him, hoping he would wander close enough to smell the sardines. But he didn’t go in that night.

We were getting lots of calls about him because we had put up large, colorful, waterproof signs, about 30 of them. UBS volunteers spent hundreds of hours trying to catch Gunner, placing signs, talking to neighbors, setting traps and wildlife cameras, and scouring the streets and trails of Ravensdale to catch a glimpse of him. We noted his appearances on a map, and we had volunteers roving the prime areas with traps, ready to deploy them. Terri Gately was out on the streets of Ravensdale with a trap in her car when we got a string of sightings in a four block range. She saw him running in and out of yards, she set the trap and moved away, and in about twenty minutes, Gunner finally went for the bait. He was trapped and safe after more than three weeks on the run. We got him to a foster home, where he was very happy to lie on a plush bed by the wood stove.

Useless Bay Sanctuary volunteers have the training, experience, equipment, and networking to catch dogs that other individuals or organizations would have a hard time catching. We specialize in helping dogs like Gunner. Your donations enable us to buy equipment like signs and traps, and to get dogs like Gunner the veterinary care they need. We greatly appreciate everyone who donated in 2019, helping us catch up to Gunner the Runner.