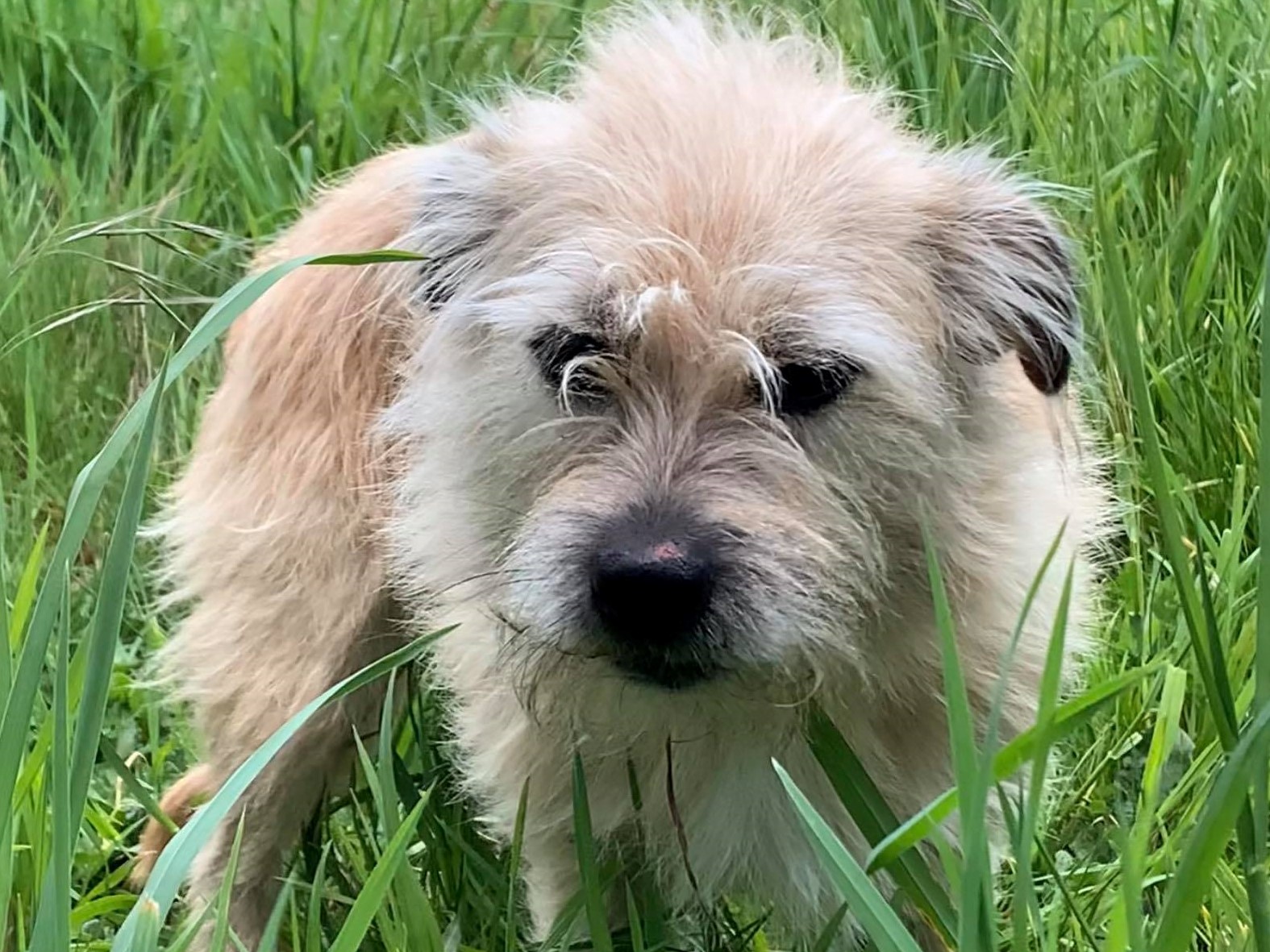 (Adopted) Normandy Park residents posted on Lost Dogs of King County and Nextdoor to report a small dog running loose on the very busy streets near the Normandy Park/Burien border. Krishna started tracking the sightings, and it became evident that the dog was running loops. Later sightings reported the dog injured and running on only three legs.

A standard humane trap was set along her loop but was unsuccessful. Volunteers set up the big kennel trap and monitored. Again, the dog was seen on camera near the trap, but was not caught. Fozzie was brought as a magnet dog which proved very helpful, and the dog was finally caught with calming signals.

She was scanned and microchip found. Easley was returned to her owner, who ultimately requested to surrender her to Useless Bay Sanctuary. After a brief time in foster, Easley was adopted and is now living a wonderful life with a new sibling.