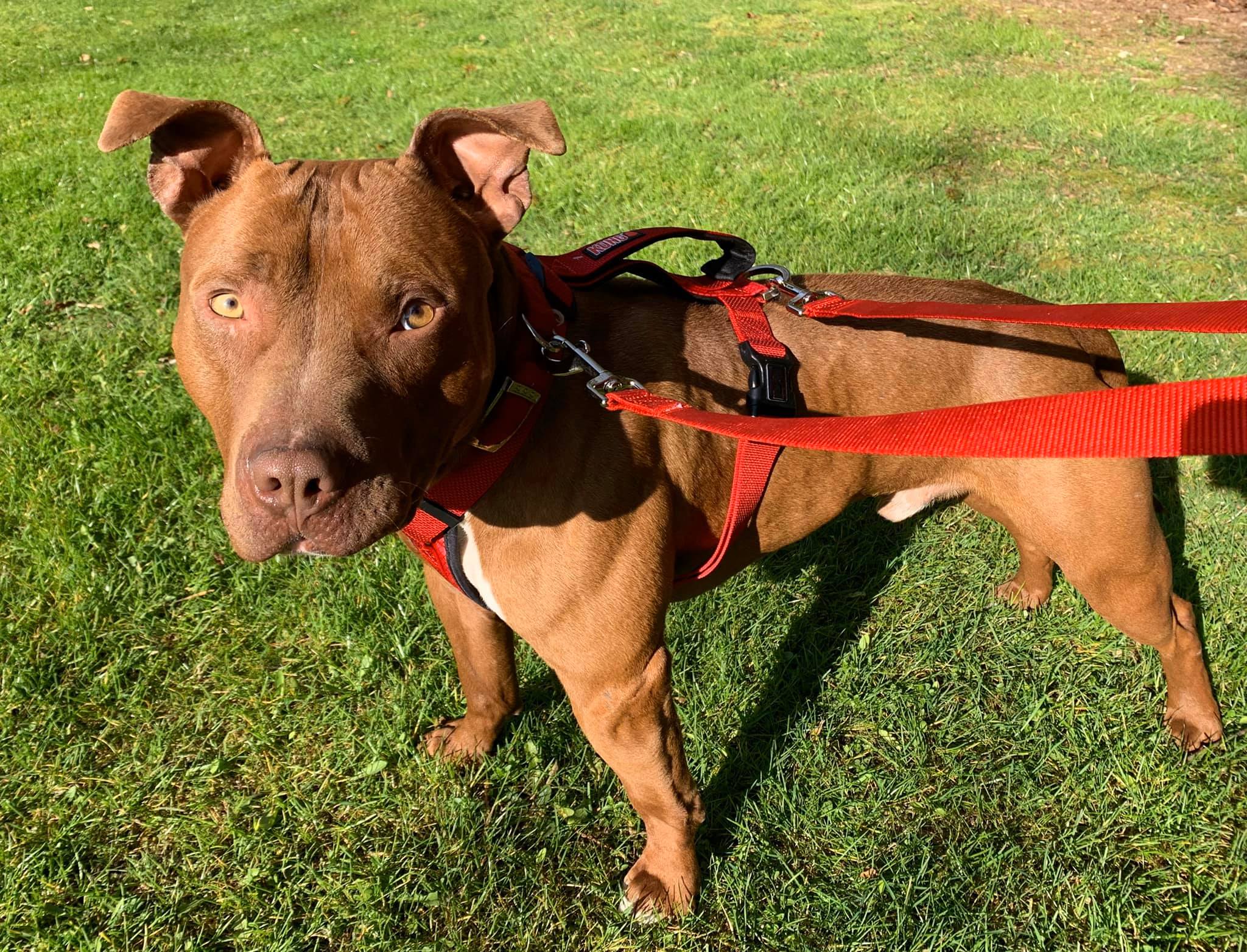 (Reunited) UBS became aware of Desmond after several sightings at the busy North SeaTac Park & Ball Fields were reported to Lost Dogs of King County in early April 2020. He had been roaming the park for awhile but nobody was able to get close.

Volunteers made signs to alert the public that recovery was in progress by experienced rescuers. Because it was a popular park, volunteers took shifts to keep an eye on Desmond and to keep the public from interfering. Several volunteers were able to get him increasingly comfortable with food, water, and using calming signals.

Eventually, a volunteer was able to get him in her car, and he was transferred to a temporary foster. No chip was found, and the thorough process of looking for the owner began. Desmond was relocated to a more permanent foster, where he flourished.

Months later, UBS was contacted by his owners and provided proof of ownership. He had gone missing late February, and the family was happy to be reunited.