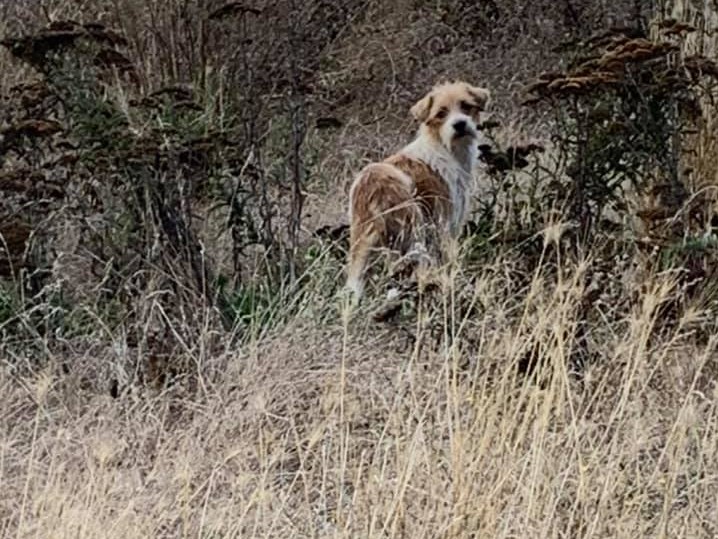 (Adopted) Betty was being sheltered at CARES of Burien & Des Moines, when she escaped from a shelter staff/volunteer during a morning walk. She was rescued from a backyard breeder situation and was reported to be very skittish.

The shelter posted Betty on Lost Dogs of King County the afternoon that she went missing. After two days without any sightings because no signs were up yet, UBS volunteers stepped up making and posting signs and continued to actively search the area.

Several potential sightings came in as a result of the UBS signs, but nothing confirmed. Four weeks later, there was a sighting posted at Westcrest Park over 4 miles away. UBS volunteers immediately organized, traveling 30 miles.

Volunteers were assigned watch posts surrounding the area where Betty was last seen hiding in the tall grass and where the trap was set to ensure she didn’t leave the park without being seen. When it was dark and quiet, Betty went into the trap.

She was safe after traveling over four miles during her four weeks on the run. She was transported back to CARES that night and eventually adopted from them.