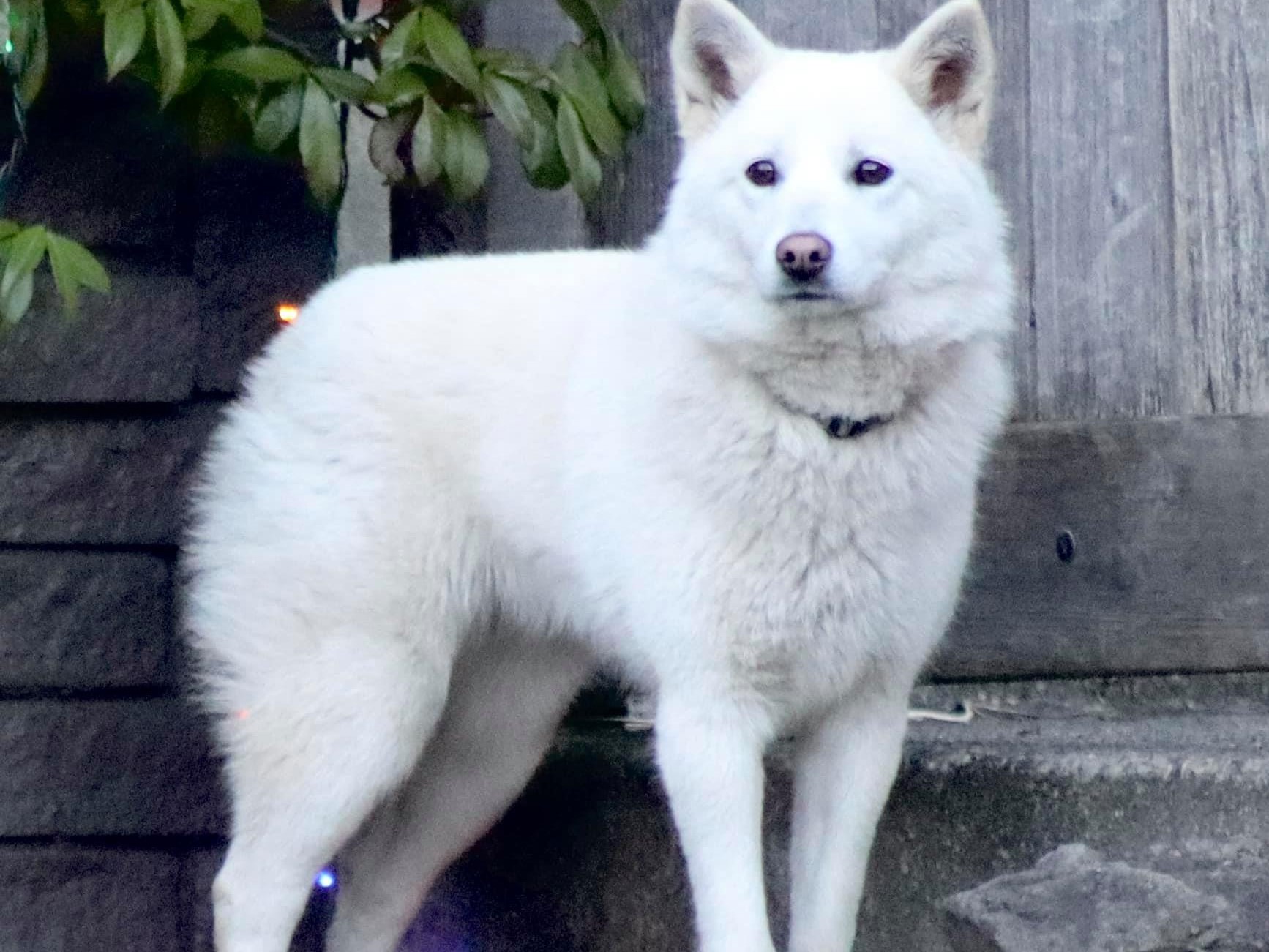 (Available for Adoption)  Dakota was reported as running loose near Genesee Park in Seattle. Animal control had been out but was successful at catching her. After she was posted as a sighting on Lost Dogs of King County, UBS volunteers went out and set a trap. Overnight, she showed up near the trap, but was too cautious to go inside. The next day, volunteers were back out with a new plan. Dakota had shown interest in the homeowner’s van parked in the driveway. Permission was given to use the van in the rescue, and a pully system was rigged to the open door. While one volunteer used calming signals to keep Dakota close by and interested, another was ready to pull the rope to close the van door. It worked and Dakota was safe. She was not chipped, and no owner has been found.