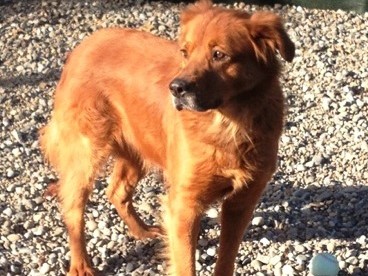 (Reunited) A concerned citizen called UBS about Princess, a dog running loose near the Home Depot in Lynnwood.  Dina set a humane trap for Princess, and she went into the trap fairly quickly.  A scan of her microchip revealed that she was registered to a local rescue group.  Princess had been placed in a foster home, and she dug out under the fence shortly after she arrived there.  Princess had been missing for eight months!  Princess is healthy and happy now, and she has been adopted.