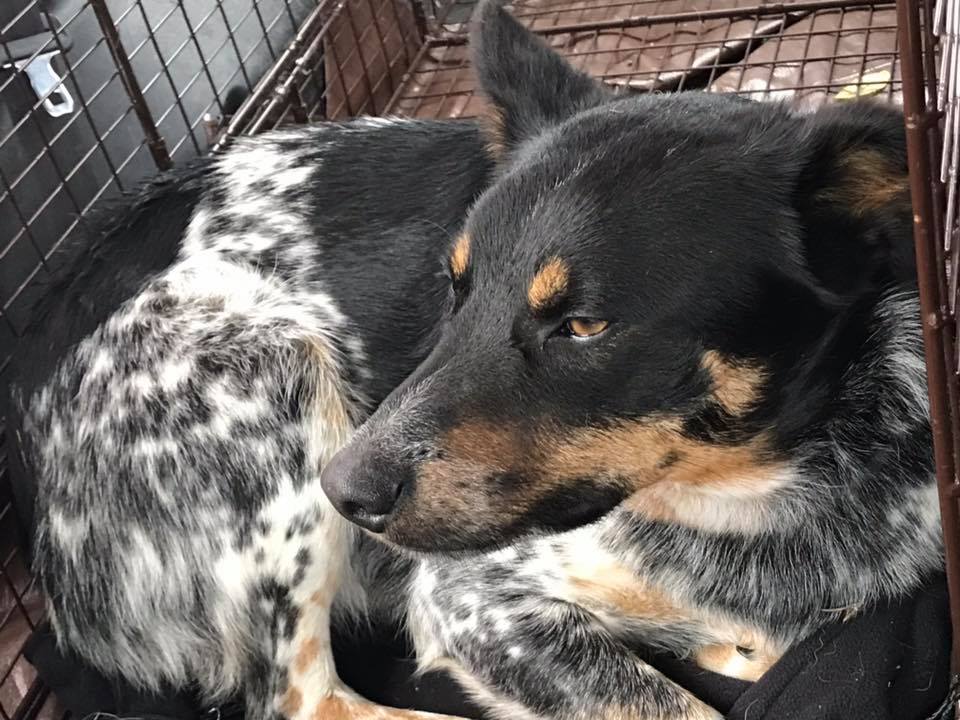 (Adopted) Camo is a Cattle Dog, just over two years old. He had been wandering around a park in Everett, and UBS was asked to help catch him. A woman who lives near the park had been feeding him. He would eat out of her hand. I drove there, set a trap, and Camo went in in less than ten minutes. Once he warmed up to me, in the car, he insisted on being petted. If I stopped petting him, he picked up my hand with his nose to get me started again. His original owner was found through microchip. They led us to his current owner, who lost Camo a week earlier and had been trying to catch him. Camo was surrendered to UBS and adopted.