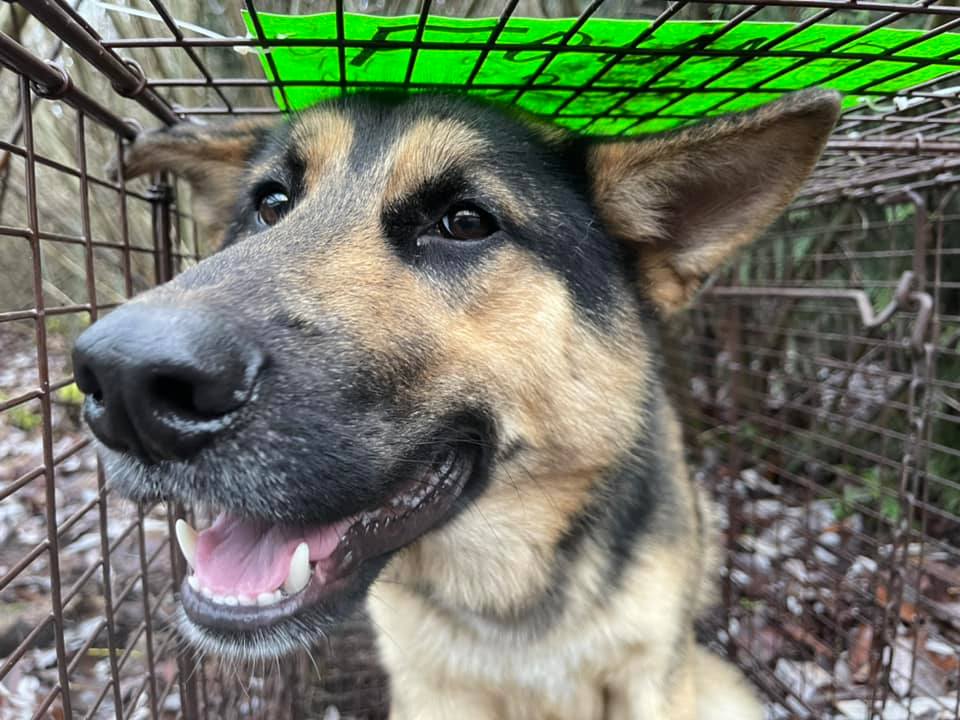 (Reunited) For over two days, this shepherd survived Shepherd survived next to the freeway while eluding rescuers. Many people reported seeing him running along the same stretch of freeway, then darting into the woods. Volunteers went out after the initial sighting but did not see the dog at first. A paw print next to the shoulder was evidence that they were in the right location.

It worked. He survived because of Useless Bay Sanctuary volunteers who worked swiftly, cautiously, and thoroughly in a dangerous situation. He was scanned for chip and none was found, so he was taken to the King County shelter. The next day, his owner commented on the Lost Dogs of King County post and was informed his dog was at RASKC where they were reunited.