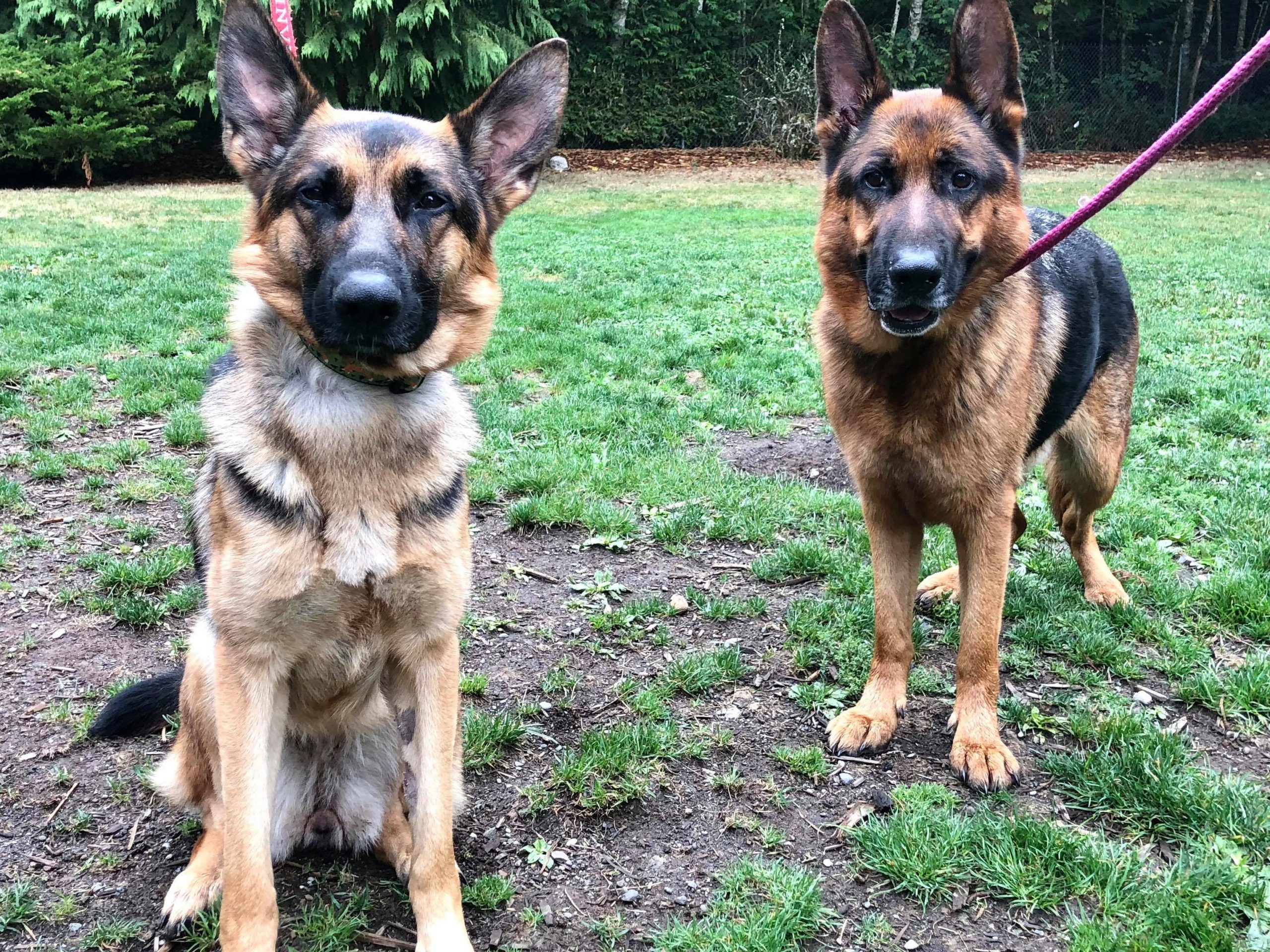 (Adopted) On August 20th, 2018, UBS was notified about two German Shepherds wandering a rural neighborhood in Carnation. Several volunteers responded, and we set a humane trap and a wildlife camera. The dogs checked out the trap, but neither went in the first time. They were seen roaming for about a mile north and half a mile south. Large posters in the area and posts on Facebook generated many sightings.
On September 6th, we received a call about the female, sleeping in a field on Tolt Highlands Road. After several hours of tracking her movements, she finally went into the trap. We took her to the vet to be checked out, and she did not have a microchip.
The male was seen the next day, and we got very close to him. Our hope was that he would come to the female, but when he saw her from a distance, he couldn’t smell her, to properly identify her, and he ran away into the woods. The next sightings were miles away to the south. Over many days, about a dozen volunteers followed up on many leads, tracking his movements to Snoqualmie. Griffin settled in a woodsy area, about 13 miles from the starting point.
On September 13th, a volunteer spotted him near the area where we had been seeing him. She used food to lead him to a trap we set, and he went relatively quickly. UBS volunteers invested hundreds of hours catching these pups.
It was very rewarding to see them reunited, recognizing each other, and realizing they were safe at last.