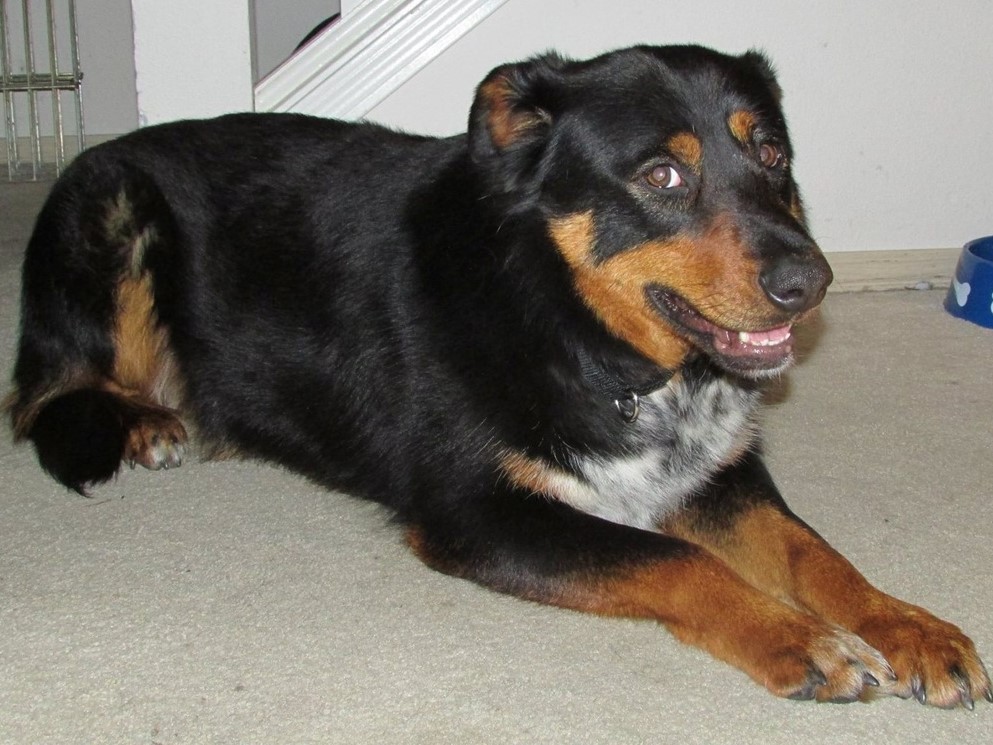 (Adopted) Ross, a.k.a. Blitz or Riley, was captured in a humane trap by Bonnie, in Gig Harbor, where he had been wandering for many weeks.  His microchip revealed that Ross had been pulled from a shelter in California and adopted to a family there.  The rescue group that found him a new home in 2012 has been unable to located the family that adopted him.  Because we couldn’t find his previous owner after more than thirty days of looking, Ross has been adopted into a wonderful home where he is happy and healthy.