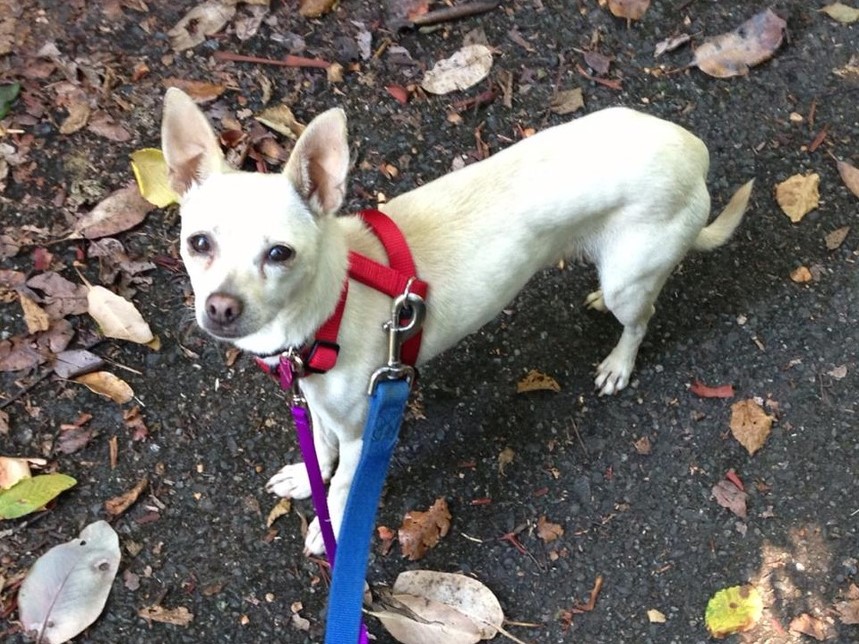 (Adopted) We learned of Lucy through craigslist, where an ad reported she was running around Bellevue near the Microsoft campus.  We worked with a homeowner in the area to catch Lucy.  She wouldn’t let anyone get too close to her, but she liked to hang out in this one particular yard.  We coached the homeowner on using their house as a trap.  They fed Lucy closer and closer to the front door, eventually moving her food inside the front door.  When they got Lucy eating well inside the house, someone went around the outside and shut the door.  Once trapped, Lucy relaxed and allowed people to pet her.  UBS searched for Lucy’s previous owner, but never got a response.  Lucy has been adopted, and now plays with her new sister-dog every day in a secure fenced yard.