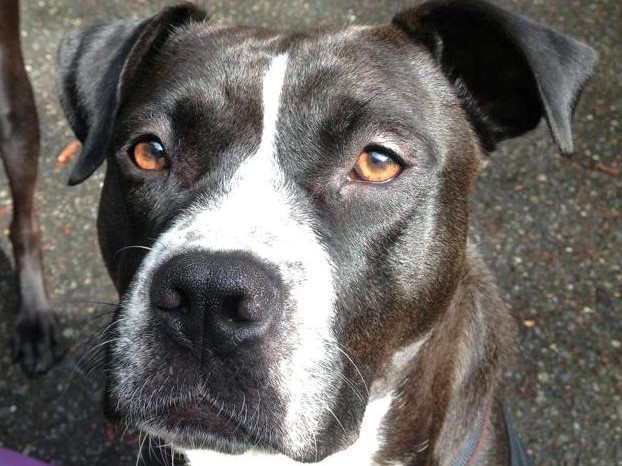 (Adopted) Bella was the first official case for Useless Bay Sanctuary.  Our team members have been helping dogs like Bella for at least six years, and we formed the organization in August of 2013 so we could help stray dogs in a more organized and efficient way.  Bella was not at all difficult to catch–she would just walk right up to anyone and be your new best friend.  The reason Bella became a UBS dog, rather than just going to a shelter, is that she lived in a jurisdiction with a huge surplus of pit bull type dogs.  There was the possibility that even though Bella was highly adoptable, she could be put to sleep because she might be a pit bull.  UBS stepped in to assure her safety.  We notified the shelter that we had her, and we spent more than a month looking for her previous owner.  Bella is now in a great home where she is loved every day.