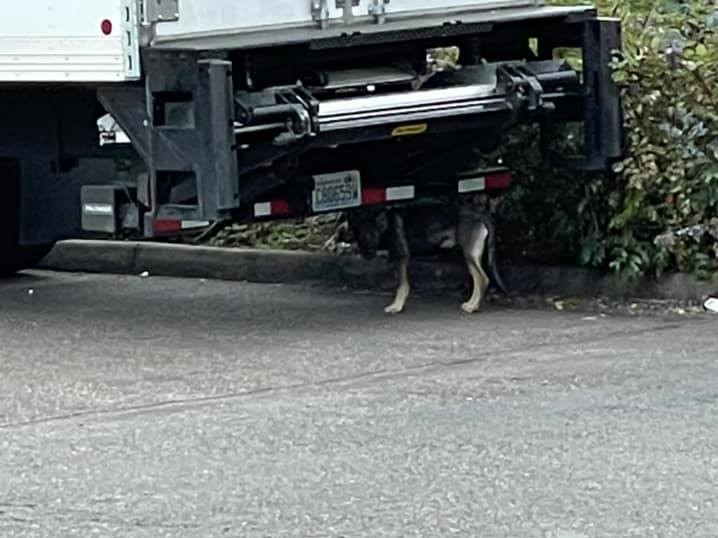 (Adopted) Sweet little German Shepherd puppy had been hanging around the warehouse district of Auburn for five days. Employees were leaving food for her, but she was very skittish and wouldn’t let anyone near. After seeing the sighting posted on Lost Dogs of King County, several volunteers went out to help.

She was found in the same area as described, staying close to a truck which had been parked there for some time. Signs were made to alert others that recovery was in progress by experienced rescuers and to not call out or approach, and to not feed so she would be hungry for the food in the trap.

Volunteers took shifts watching the trap and to be sure she wasn’t disturbed. She went into the trap the next day and was safe! No chip was found, and she was taken to Auburn Valley Humane Society, where she was adopted after her stray hold expired.