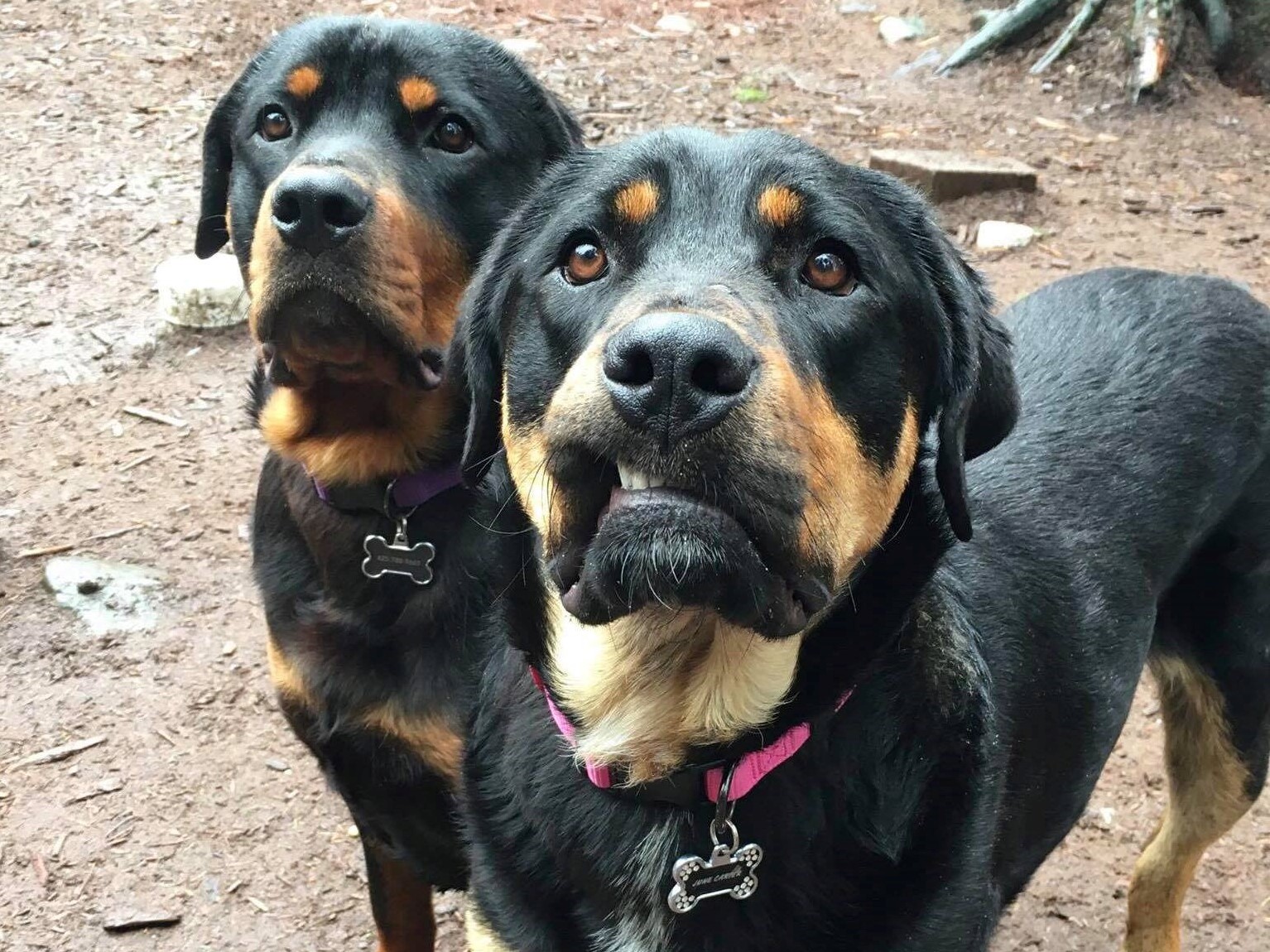 UBS helped catch two Rottweilers in an unusual way today. Terri had been called about two Rottweilers in a neighbor’s yard. The male was lunging at people, apparently protecting the female. (It turns out that he is a sweet and gentle dog. He was just reactive because of the circumstances.) Terri used calming signals to get the dogs settled down, and she was able to get very close to them after hours of earning their trust. They couldn’t quite relax enough to let Terri put a leash on.
I brought two traps, our biggest trap, the 60 inch, and one of the 48 inch traps. We set the biggest trap, and within 5 minutes, the female went in and was trapped. She was very calm about it, and the male was not too upset. Then we set up the second trap so it was end to end with the trap containing the female. We put blankets over the top, making a tunnel, so the male could only get to the female by going into the second trap. In less than five minutes, he went in and was trapped.
Calming signals are a great way to catch stray dogs, but sometimes the humane trap can get the job done with less stress on the dogs. This was the first time in 9 years that I have caught a dog in a humane trap by using another dog in a trap as bait. I had used this technique before to catch multiple cats, but this was the first time for two dogs. They both went to sleep in the traps, tired from being on the run.