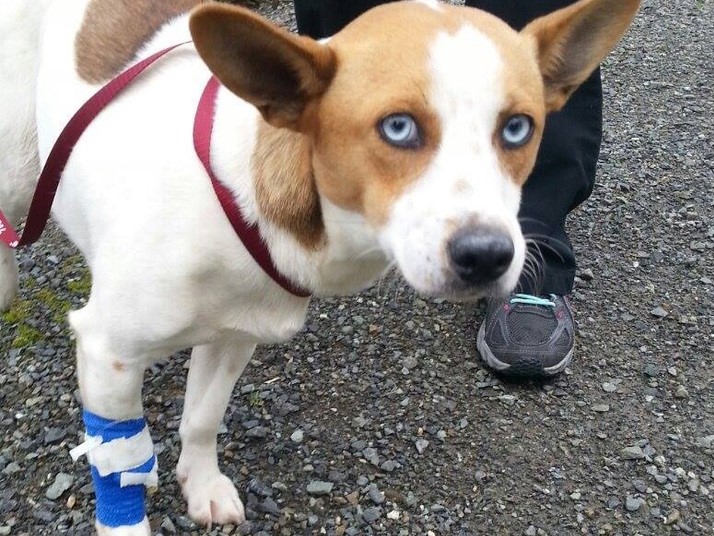 (Adopted) Patches was found in Snohomish, where he had been hit by a car. His pelvis and femur were broken. He had surgery Monday, December 15th. The total for his emergency care and surgery came to about $5,000 total. We were able to find the owner of Patches, who is unable to provide for his basic needs, let alone pay for an expensive surgery. The owner felt it was in the best interests of Patches to surrender him to us. Patches has mended fairly well, except he can’t raise his tail as high as he used to. He has been adopted into a great home