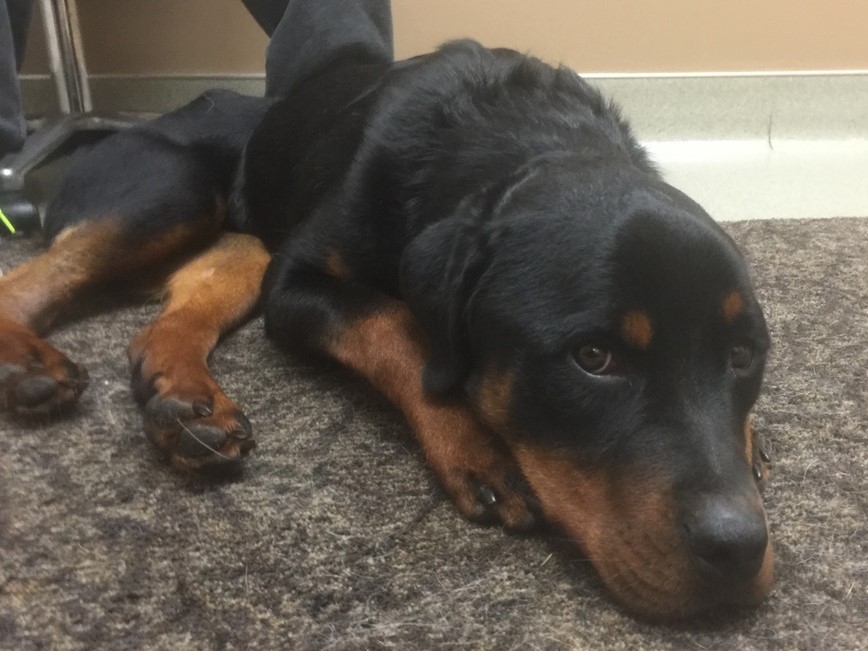 (Adopted) UBS captured this dog in Bothell on 1/24/15.  It took nine cheeseburgers to lure him out of the swamp where he had been living for a month. We took him to the emergency room because his leg was obviously injured. The doctor says the leg was broken about a month ago, and cannot be saved. Filbert was scheduled for surgery, but on the day of the surgery, the doctors felt his leg had recovered sufficiently that amputation was no longer necessary. That leg will always be shorter than the others, but he gets around just fine. Filbert plays happily with the two other dogs in the family that adopted him.