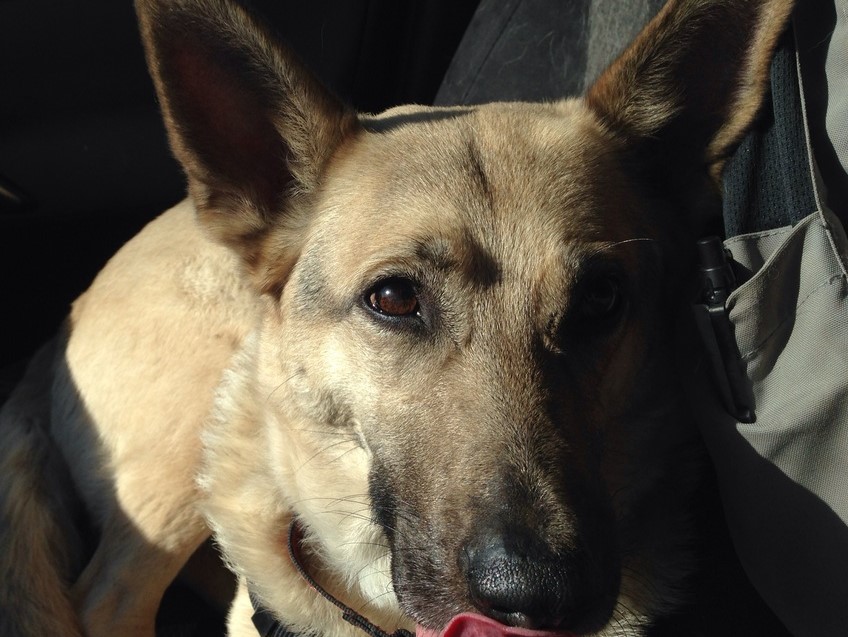 (Adopted) Faun was trapped in a humane trap after she had been wandering West Seattle a few days.  She is about 5 years old, according to the vet’s guess.  Faun is doing great in her new home.

Faun is a German Shepherd or mix who wandered West Seattle for at least a few days.  When Useless Bay Sanctuary learned of her plight, we responded within the hour.  Faun approached Fozzie, the little white poodle, but she stayed out of reach.  We set a trap for her, and she went in within half an hour.  Unfortunately, she has no microchip, so we are hoping her owners will see the Found Dog signs, the craigslist ad, or the post on the West Seattle Blog.  The vet says Faun appears healthy, although possibly not spayed.  She seems to be four to six years old.  (We don’t know her actual name, but chose the name Faun because she was found on Fauntleroy Place, and because she seems like she could be a woodland goddess.)  We will continue to look for her owner until at least August 9th.  Faun is currently in a foster home, and her foster family may adopt her if the owners can’t be found.  UselessBaySanctuary@gmail.com